The posters of Knoll

Herbert Matter was a Swiss-born American photographer and graphic designer known for his pioneering use of photomontage in commercial art. The designer’s innovative and experimental work helped shape the vocabulary of 20th-century graphic design. He made some of the posters but there were also other artists.

As I live in Finland it was hard to acquire these posters. However, while browsing the Knoll web site I found that they had published all of them on their site. Unfortunately they were only medium-sized jpegs in 150 dpi so there was no possibility of printing them on a large canvas. But I wrote to them and they were kind enough to send three of the posters in a large 300 dpi version and they now decorate my walls. 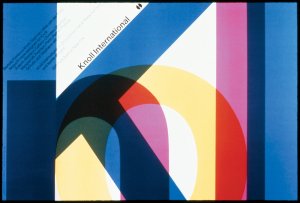 The name Knoll is imaginatively spelled out by combining colors and letters on top of each other.

The poster depicts the Saarinen Tulip chair. I haven’t been able to find out who the lady in the picture is though. 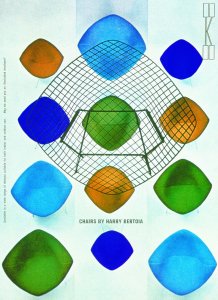 For some reason the poster turned blue (maybe it was the cmyk). Anyway is shows Bertoia’s Diamond chairs from above. 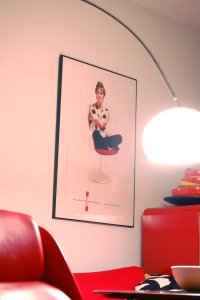 And here they are on my walls. Great posters.