There’s been a number of legendary design companies in Finland and some of them are even still around – companies like Artek, Orno, Vivero, Arabia, Taito, Martela and Skanno to only name a few. But then there are those who made epic stuff just to quietly fade away and never be heard of again. Here are five Finnish design companies that just disappeared. 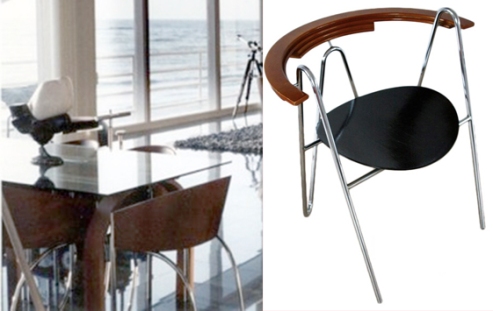 Lilyriver was founded by Pekka Liljavirta in June 1983 with the name Lilyriver Ky which was later changed into Lilyriver Oy. Until 2008 it went by the name Soul Home Shop. Their most known design are the W chair (designed and SIO-awarded in 1987) and the Pikku-Lily (1984), both designed by Pentti Hakala and the latter actually featured in a Julia Roberts movie. Less than 500 Pikku-Lilys were ever manufactured. The factory was located in Kisko.

Soinne is perhaps best known for the veneered plates and trays they made during the 1950s together with renowned designer Tapio Wirkkala. Soinne was a subsidiary of Mahogany Oy (founded 1908), which imported and refined different kinds of wood and made veneer items out of them. This is reflected in Soinne’s logo which has an elephant carrying a log. The subsidiary Soinne was fused with Mahogany Oy in 1973, joined with Rauma-Repola in 1977 and both companies were terminated in 1981, after having endured a fire in the mid 1970s. Originally founded by Urho Tapio Soinne from Tuusula, the company was located on Lauttasaari in Helsinki but moved to Lohja in 1974. Martti Lindqvist was Tapio Wirkkala’s  wood master at Soinne & Kni Oy.

The small ceramic hut Keramiikkapaja Zeebra Finland was founded in 1985 in Tampere by Jaana Turunen and continued making items until February 2008, according to an archived copy of the company’s old website. They made both household goods as well as gift items with names like Paradise, Fantasia and Stripe. You see products by Zeebra Finland fairly often at flea markets and the quality is really good. The striped oil lamps, candle holders and vases tend to be the most occurring ones. Some series have even showed up at auction houses.

The lamp manufacturer Habico in Tampere seems to have only created a couple of lamps of which the one with several light arms is the most seen one. Different sources say the company existed from the 1960s until the 1980s. The official company info says that it was active from 1988 until 1996.

Out of these five disappearances, Haimi and Avarte are the most famous ones. But both companies disappeared without anyone really noticing. Haimi was founded in 1943 by Gunnar Haimi and it was one of the leading furniture manufacturers in Finland it its time also licensing designs by Tobia Scarpa and Marcel Breuer. The Haimi family wanted to close shop in 1980 and the employees decided to take over the company, changing its name to Avarte in the process. The lead designer at both companies was Yrjö Kukkapuro, a man who has managed to reinvent himself several times over – recently as an ecological furniture evangelist. Avarte quietly went bankrupt in 2013. Artek now owns the licensing rights to Kukkapuro’s epically comfy Karuselli chair.

Tanner Finland made objects out of wood – more to come….